When Steven was eight years old, he found a small easel and a box of oil paints and brushes under the Christmas tree and says that “it was the best gift I had ever gotten, or ever would get.” His father, a gifted artist himself, taught him the basics and throughout his school years and college he painted and took as many art classes as he could. Lucky to be in New York, he frequently visited museums and galleries. Soon though, a career in medicine and surgery and the engagements of life in general put his artistic ambitions on the back burner. But, he says, “the reason I chose plastic surgery as a career specialty was because it so thoroughly incorporated art and science, and allowed me for the thirty years I worked at it, to use my hands and eye as I would have on a canvas.” A serendipitous meeting and then friendship, in the late 1980's, with the great American artist Jack Levine, who graciously invited him to his studio brought him back to art. Influenced by cubism and the Japanese art of Chigiri-e, collage with torn rice and hand-painted washi papers, Steven moved from oil painting to torn paper collage. His collages are a combination of hand-shredded newsprint photos, Japanese rice paper for transparency and hand-painted washi paper for its brilliance of color and for highlighting. Some collages are glazed during the process with a raw sienna or umber/paint medium combination or have fabric, cork board or a dash of paint added to them. But mostly, they are pure paper creations. 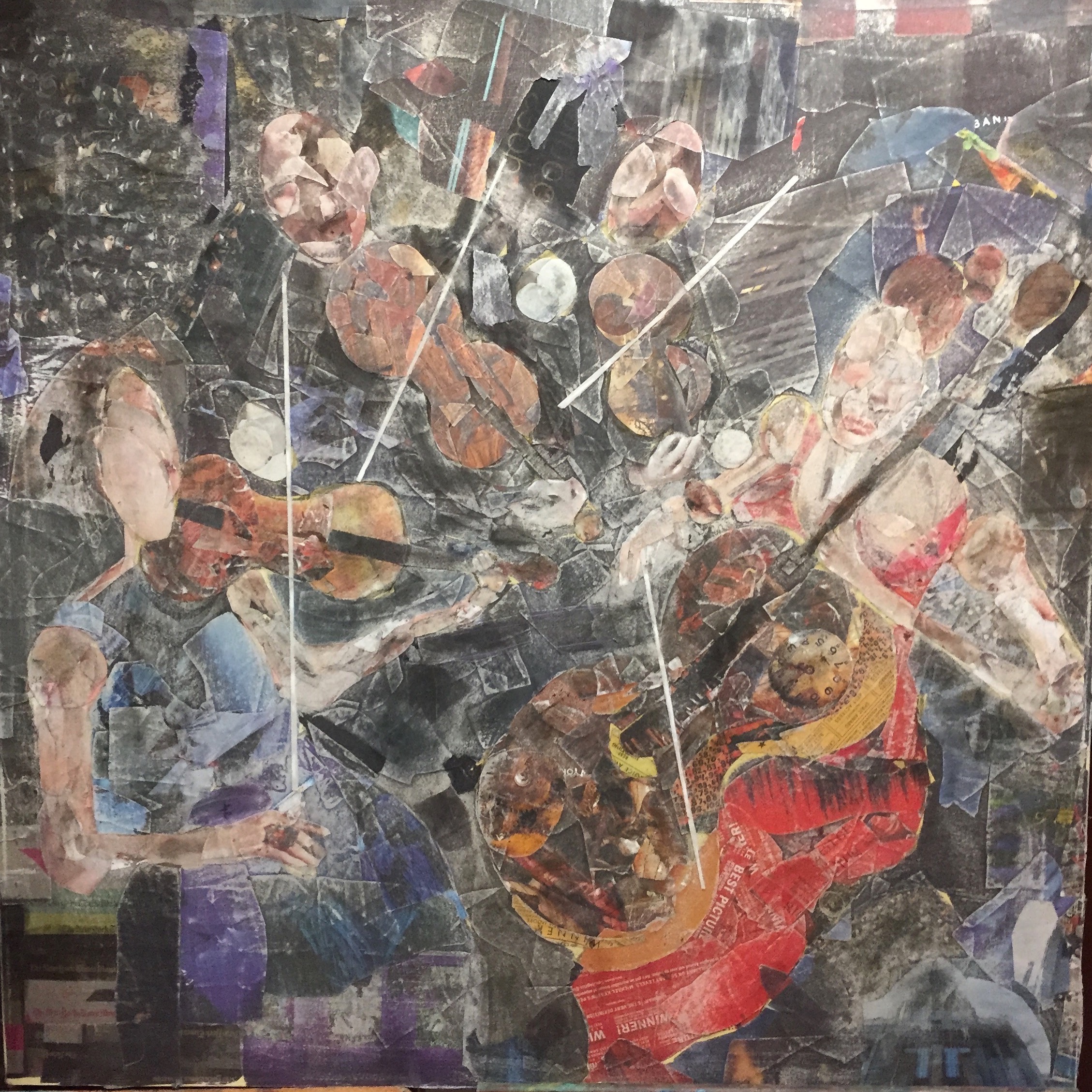 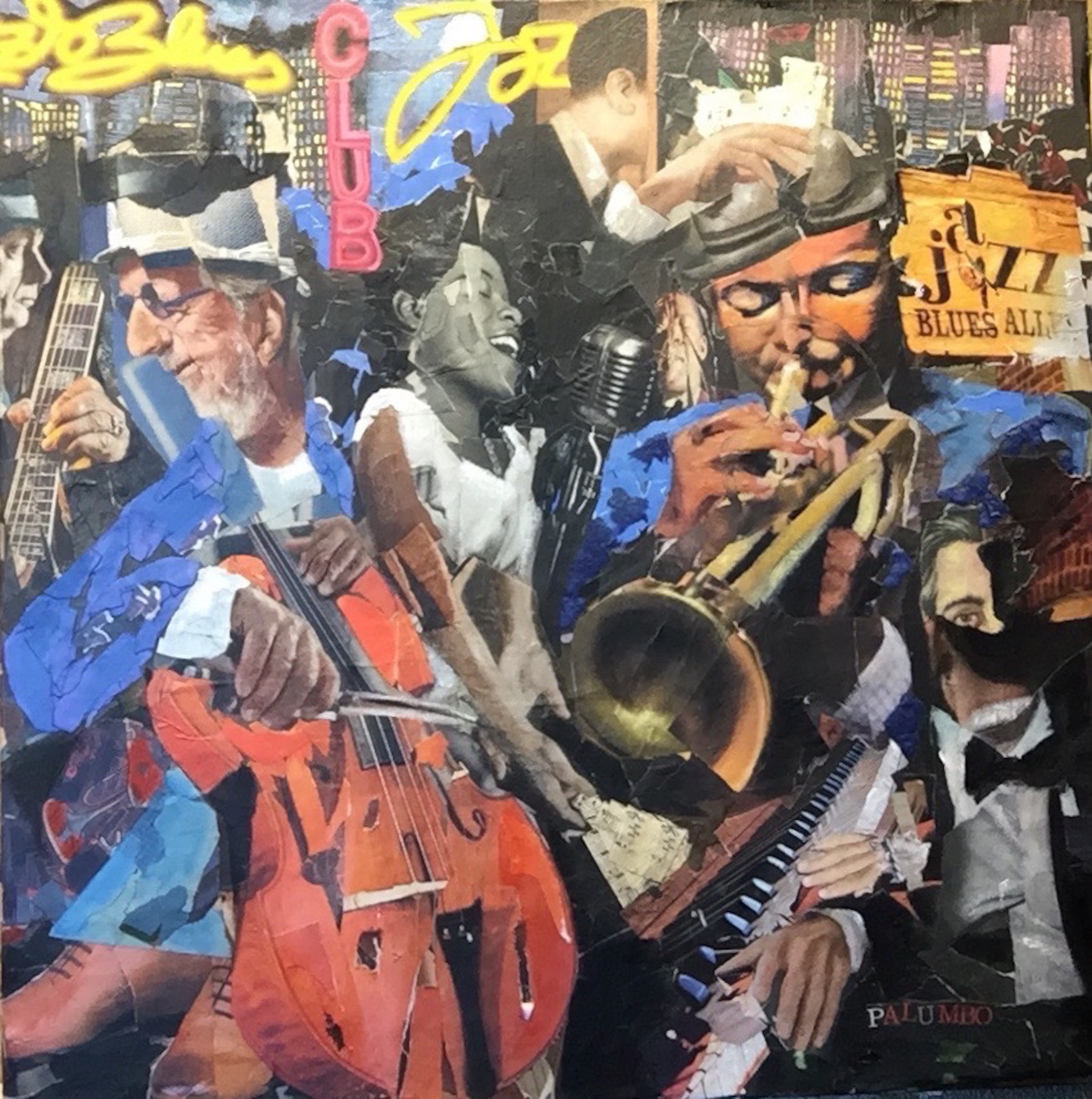 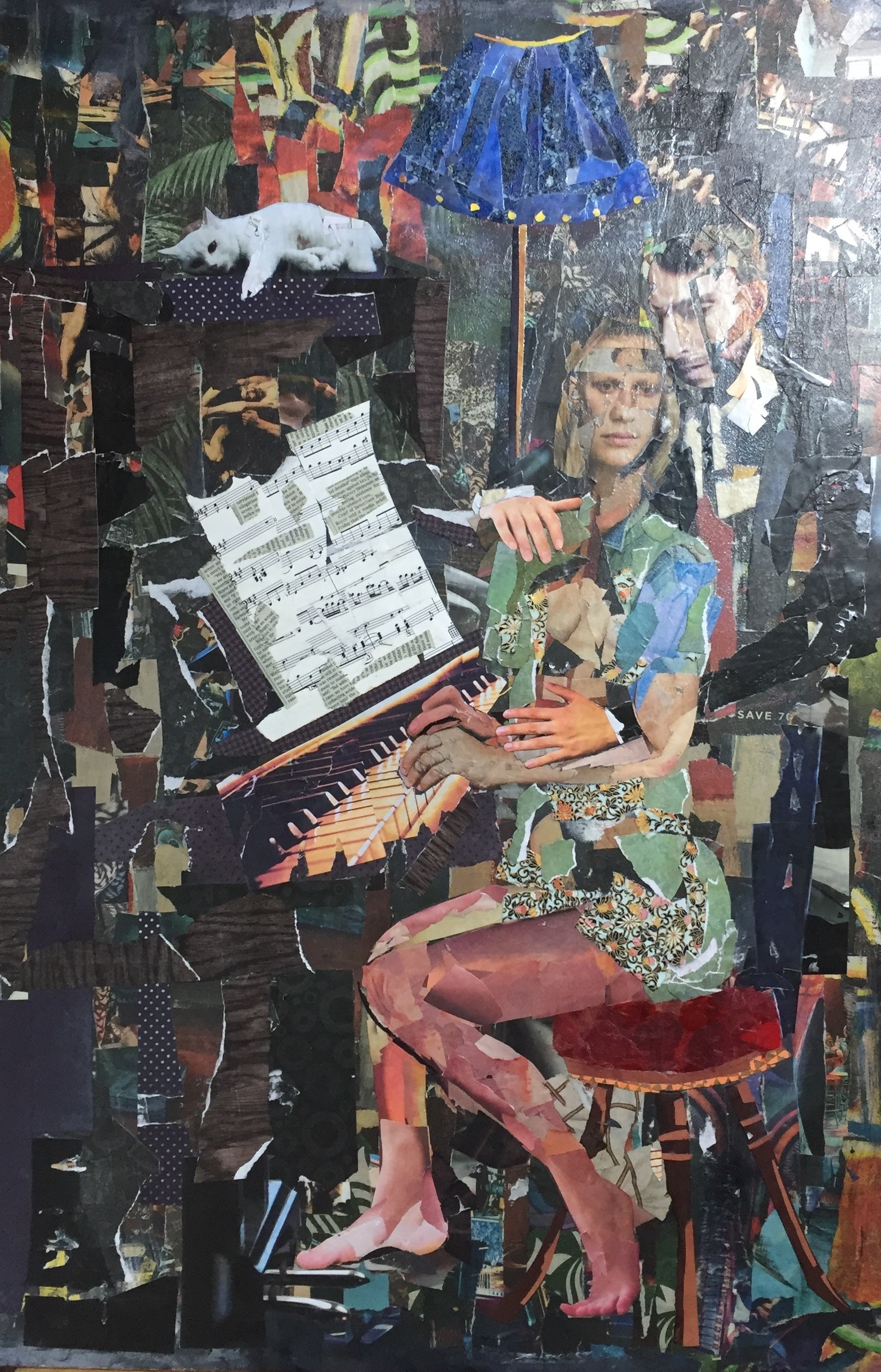 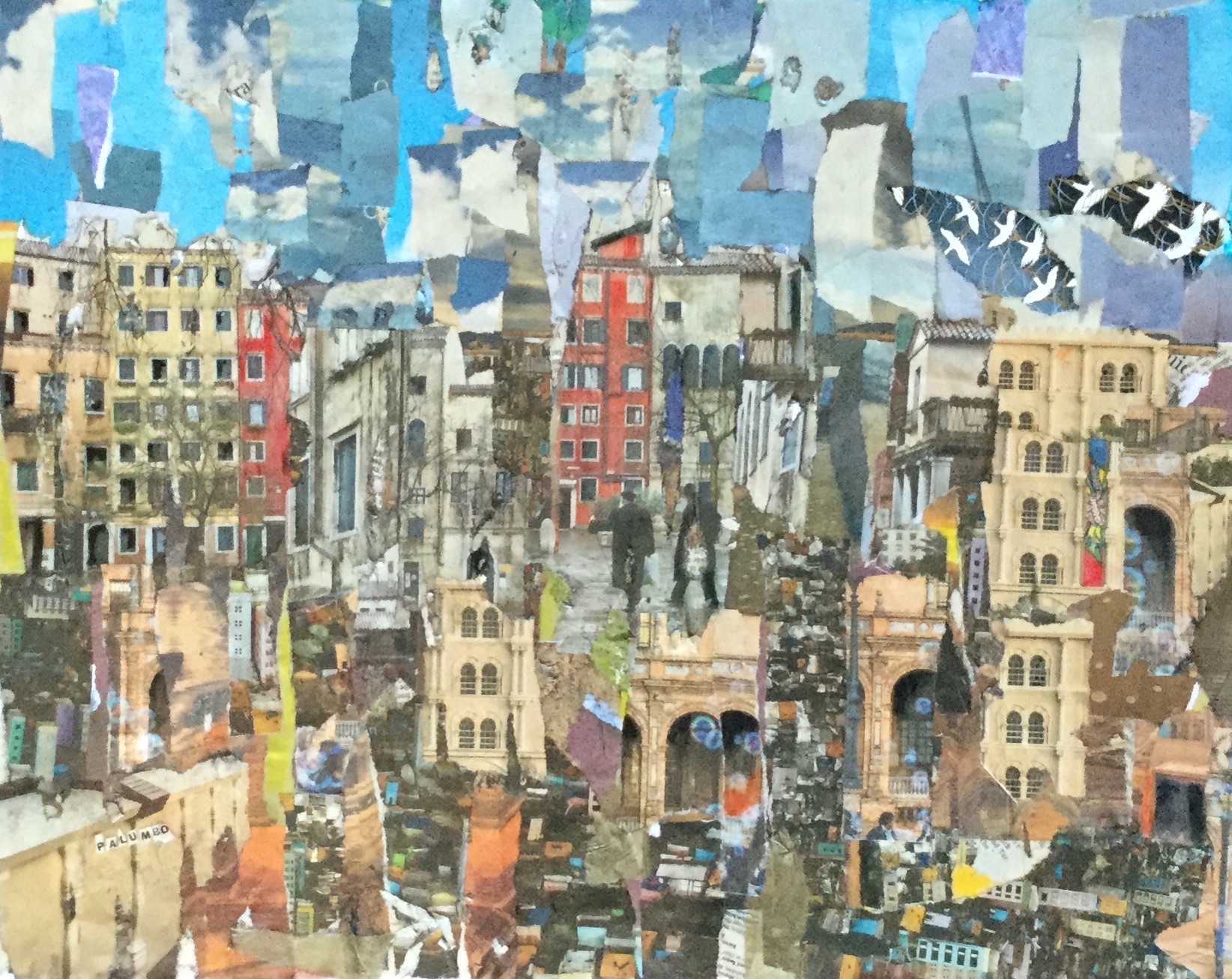 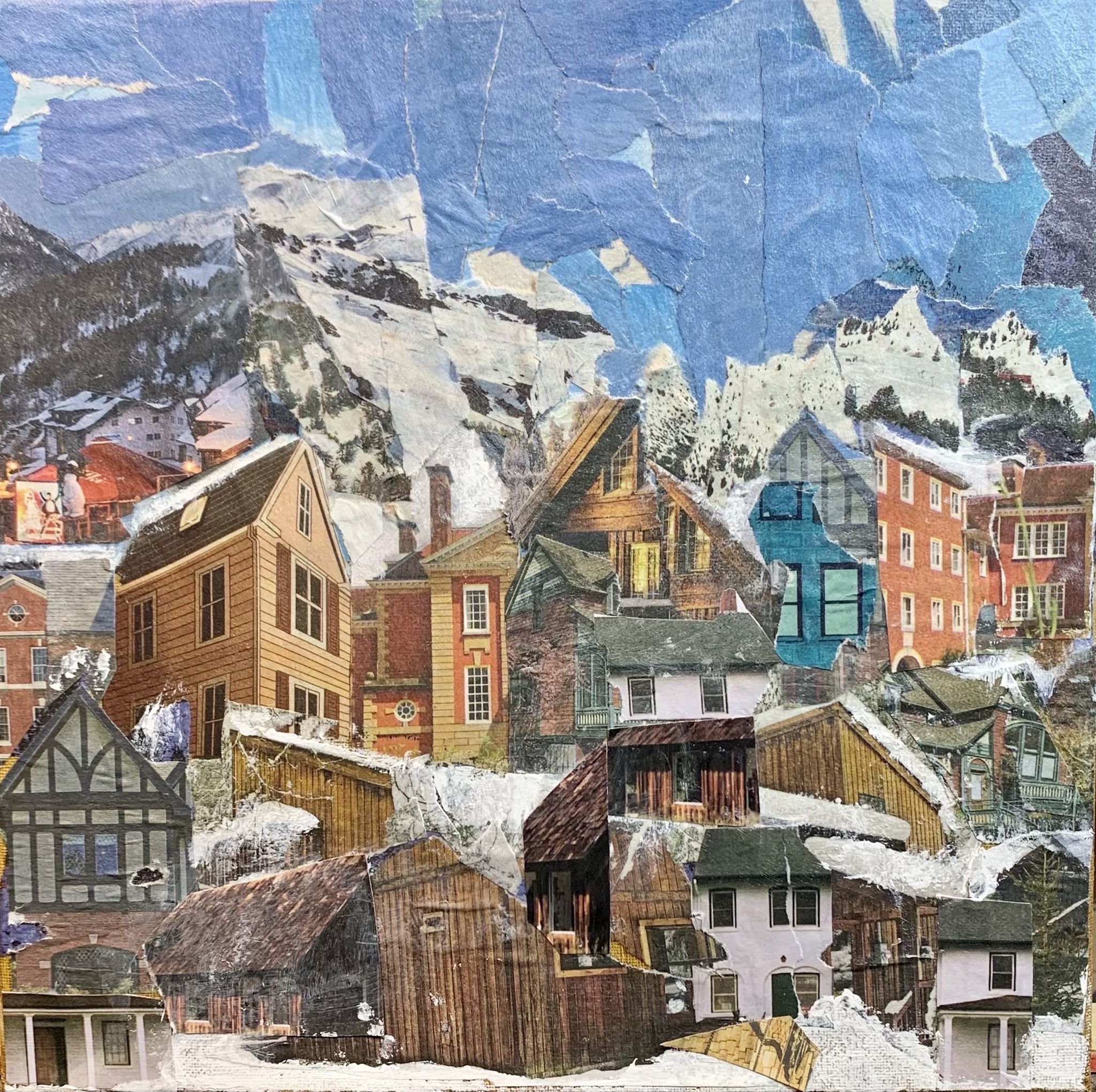 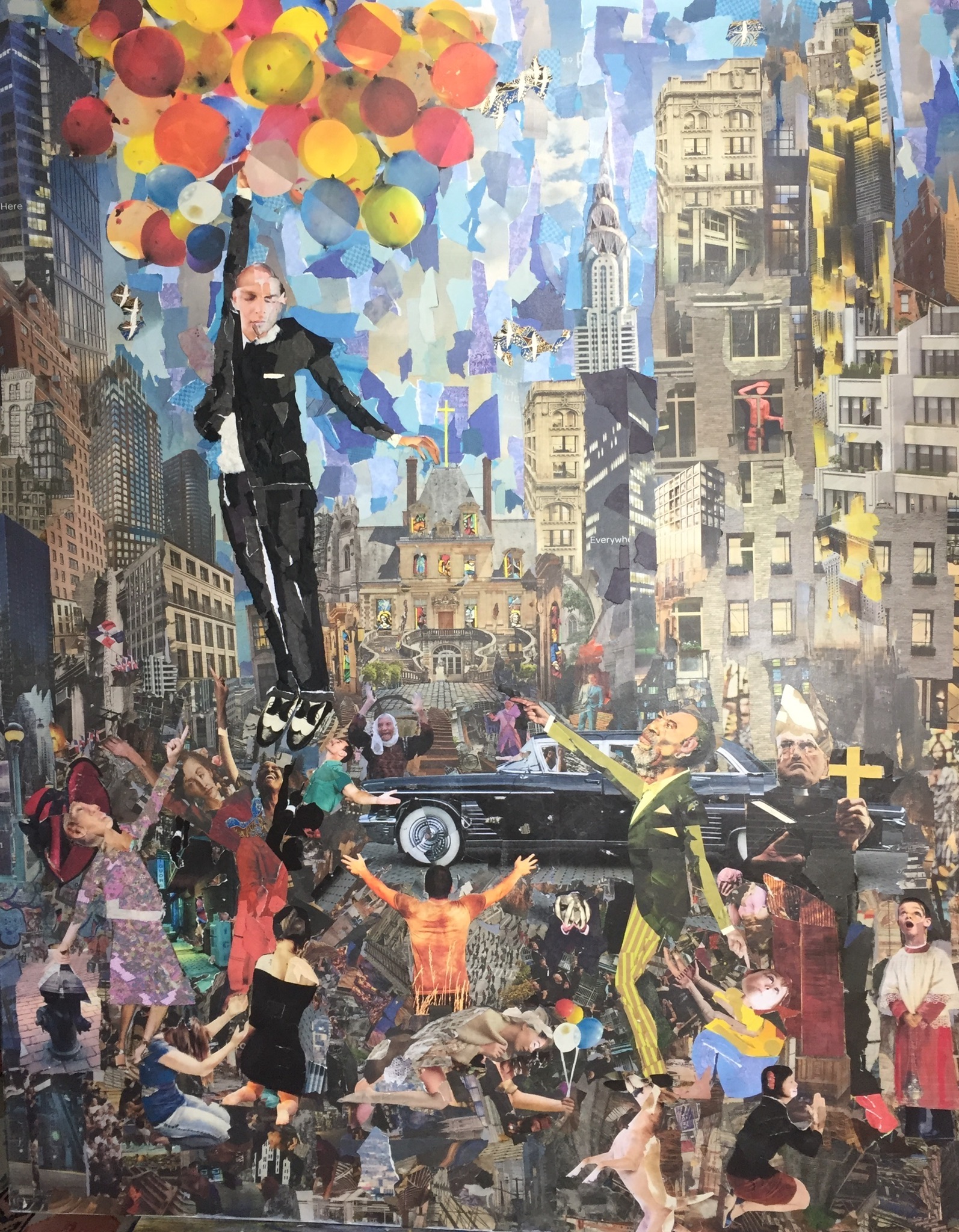 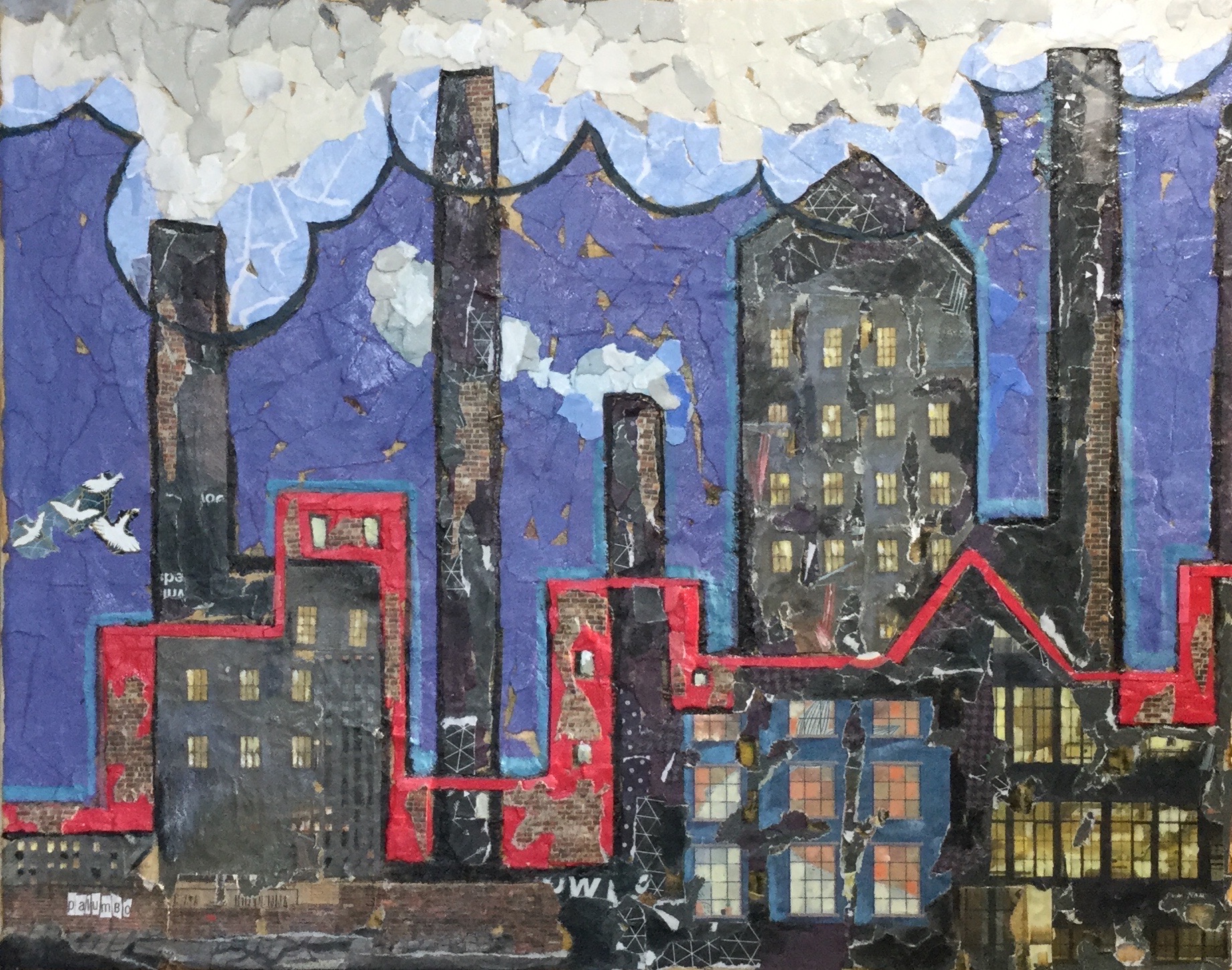 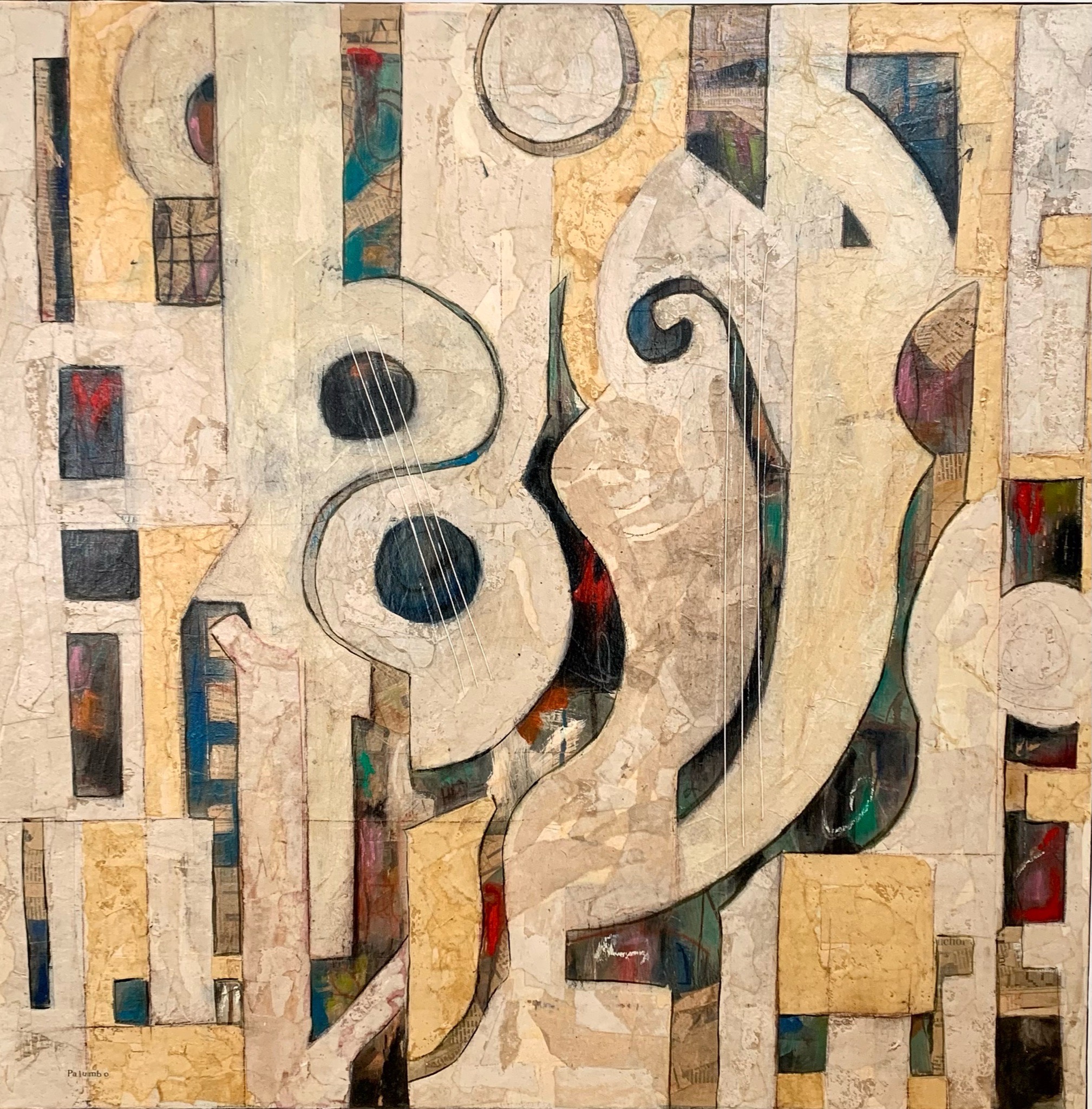